Apologies for the radio silence, but life here is busy and change is exhausting.

Here’s what’s been going on… 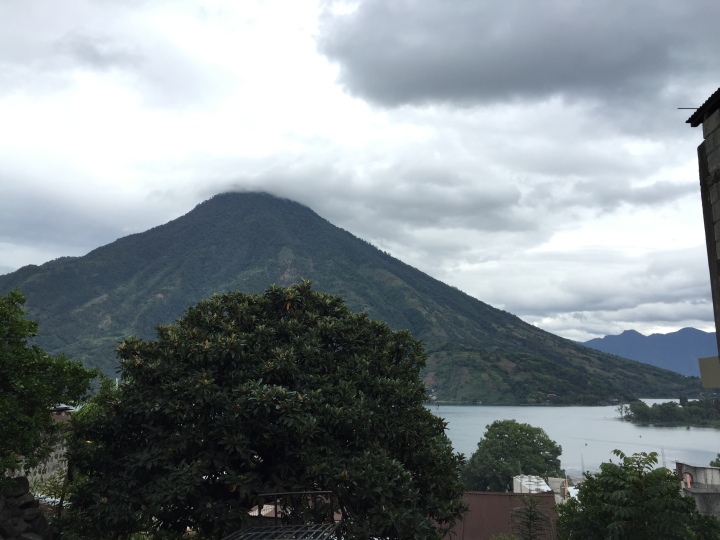 Work has been going well and there is definitely A LOT to do. The team is pretty small and we all work on lots of different projects. Cojolya’s upcoming video project, which will showcase the stories of our weavers and give some more behind the scenes details, has taken up lots of time. Nick, a college student from California, is here for a month to make it and we are trying to interview as many of our weavers as possible. Last tuesday, we had a meeting to see who wanted to be in the video and it lasted almost two hours, as Carina our administrator tried to convince everyone that the video would be to their benefit. These women don’t really use the internet at all and worry a lot about privacy so I understand that it was a tough sell, especially because there are some rumors around town that you get paid just for being in a video or having a photo of you online. They agreed to participate as long as everyone was included. Carina handled everything really diplomatically and watching the meeting unfold, even though I couldn’t understand it, was really fascinating and a good reminder of all the cultural boundaries we’re crossing. We’ve gone to the houses of almost 20 weavers in the past week and it is so so cool. Back strap loom weaving is no joke: it’s physically demanding and very intricate and I love seeing how each woman sets up their workspace, some alongside mothers or sisters, others alone. We’ve gotten to meet kids, see different parts of town and hear lots of stories. The interviews have gone really well, even with the initial reluctance; the women put on the microphone and Antonio conducts the interviews in Tzutuj’i, which will be translated to spanish and then finally english subtitles. Stay tuned!

I’ve also been doing lots of first week stuff like getting email accounts set up, responding to people, figuring out how things work. I want to make lots of changes to our ecommerce so I’m researching that right now as well as being trained to work in the shop so we can all start rotating shifts. I’m also posting on our facebook page, which you should definitely like.

One of the best parts of the workday is (of course) lunch. Usually we eat with volunteers from Pueblo a Pueblo at one of three or four places in town. Now, the food isn’t really fantastic and usually very repetitive (I promise a food post is coming) but it’s a great break and fun to hear about other people’s work and experiences and the group rotates. Some of the restaurants are just in someone’s house basically and they make one thing every day, which is kind of nice for variety. Tonight, for example, I went to a taco place called Tacos Secretos that doesn’t even have a sign and it was pretty good.

The expat crew is very social and I am usually very busy. The local culture is very conservative and family oriented and many local friends are male because they seem to have a bit more freedom and social flexibility but it remains a conservative society. I wear jeans and tshirts or sweaters in town and wouldn’t wear a short skirt or tank top at all. Last week, I played in the big soccer game (which mostly meant I stayed far away from the ball, but hey I’m going back tomorrow), went to a potluck bearing cookies and guacamole, went to a make your own pizza night that Ana, my housemate and a very good cook, organized, and visited one of the two local bars where they literally only have beer and cuba libres (cue tears).

I’ve also gotten to know my host family a little bit better and they are lovely people. Last friday, Andy turned 13 and Salvador and Loida invited us all to dinner. Andy is so sweet, his goal for the next year of his life is to read more and he has some deal at school where he reads instead of gym class (where was this deal when I was in elementary school?) Amy, who is 7, is so sweet, she’s missing a few teeth and is very giggly. I’m excited to get to know all of them better.

I’m hoping to catch up on sleep this week and get into a rhythm of work and cooking and socializing and staying in touch with people. It’s a lot of juggling, especially with schedules and a lack of wifi anywhere but home and work, but I hope to figure something out. Thanks for reading and feel free to comment if you have questions about life here or ideas for a future post!