Apologies for the delay in posting but I’m getting a little busy (always a good sign) but some major things have happened in the last few days:

First, I moved into my house! I’m in a room on the second floor but a girl is about to move out from the 3rd floor and I’ll take her room when she does (it’s a little bit nicer and has more storage space). The house is such a cool mix of people and I’m unclear if I’ve met everyone yet. There’s Larissa, a girl from Brazil, Juan Pablo, an aspiring actor from Spain, Ramsés, who also works at Ashoka and lots of others from different parts of Mexico. Another Penn student is living there too and we walk to work together each day. Now there are some issues with the house, of course: the mattress is pretty hard mostly because there’s no box spring and the water in the shower goes from hot to scalding pretty quickly but the kitchen is nicely set up, there’s a water filter on the sink and someone comes to clean every morning (all the common areas). It’s a great environment because people come home after work and just hang out in the living room. It reminds me of my freshmen year dorm in a lot of ways.

On tuesday morning, I packed up and left my luggage in the office of the b&b where I was staying, after enjoying my final 3 course breakfast. I headed back after work to take a taxi to the house which, like the last two places I’ve lived, is on a street most people haven’t heard of that is only a block long. Luckily I have a good sense of direction and helped the cab driver find it. I put my stuff in my room but am holding off on unpacking most stuff until I get to go to the actual room I want. I put some things on shelves and it’s nice to have a hamper and a hook for the towel and a shelf to put my makeup on. Then I went to dinner with Arjuna and Ramsés in La Zona Rosa, a neighborhood I hadn’t yet been to. It has the iconic statue of an Angel that totally reminded me of El Obelisco and it seems to have a lot of the foreign hotels (Sheraton, St. Regis etc.) Also spotted 3 starbucks within 3 blocks. We went there to eat pozole at Casa de Tony, a pretty authentic place that has vegetarian pozole. Pozole is a stew that normally has hominy and pork. You serve it topped with sliced radish, lettuce, onion and a tostada. The vegetarian version has zucchini blossoms and mushrooms and corn (I loved that the squash blossoms were thrown in a stew! In the US they are so rare they’re always treated preciously). It was total comfort food and so nice to eat dinner with other people!

Yesterday, I went to work, ate more perfect fruit (I am addicted to the fruit cart on the corner) and even got a salad for lunch!! It’s no sweetgreen but it’s 2 blocks from my office and definitely worth a visit a few times a week.

After work, I went to check out the gym 2 blocks from the office. I made a rookie mistake by using the first machines I found because the area I was in didn’t have fans. I ran and then decided to peek upstairs only to find a cool room with even more machines (including stairmasters!). There’s not a mat area which is a bummer but there is a spin studio that you know I’m going to check out! I also passed a bikram yoga place which may be fun to go to in the spirit of doing bikram yoga in Latin America (I first tried it in Argentina). I brought my clothes again today so I’m going to go after work and sign up for a month membership (this is my way of being held accountable). I went to the supermarket afterwards and picked up some things for breakfast and dinner. There’s no yogurt without added sugar (ugh) but I found some that’s greek style so at least I’ll get protein. They also don’t really sell canned beans, just lots of dried ones because I guess everyone here makes them from scratch. I also got the most ripe avocado ever which I ate last night and some chili powder salt to put on everything. 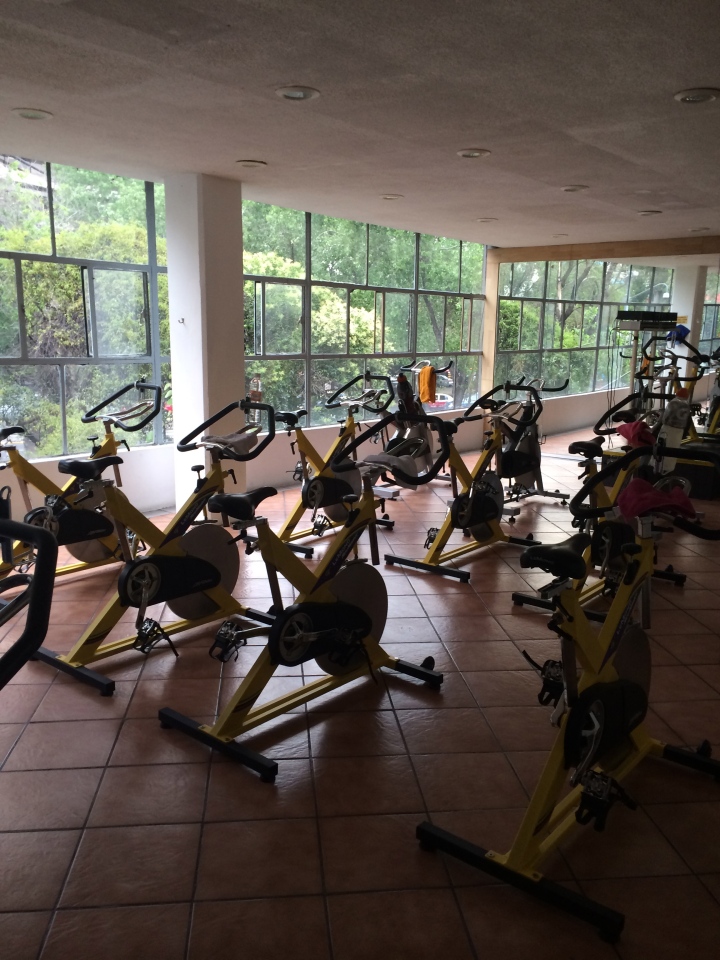 Then, I went to a bar that had live blues with one of my housemates and her boyfriend. Being a third wheel was meh but it was fun to hear live music (even though it was very unmexican). Also the pictures may look cool but we were literally the only people there for the first half hour and then 5 more came. Not exactly popping but it was cool to hear the music and hey beig abroad is about saying yes! I also had my first margarita in mexico which was frozen (boo, I don’t like frozen drinks) but still pretty good. I’ll just have to sample more to find my favorite. 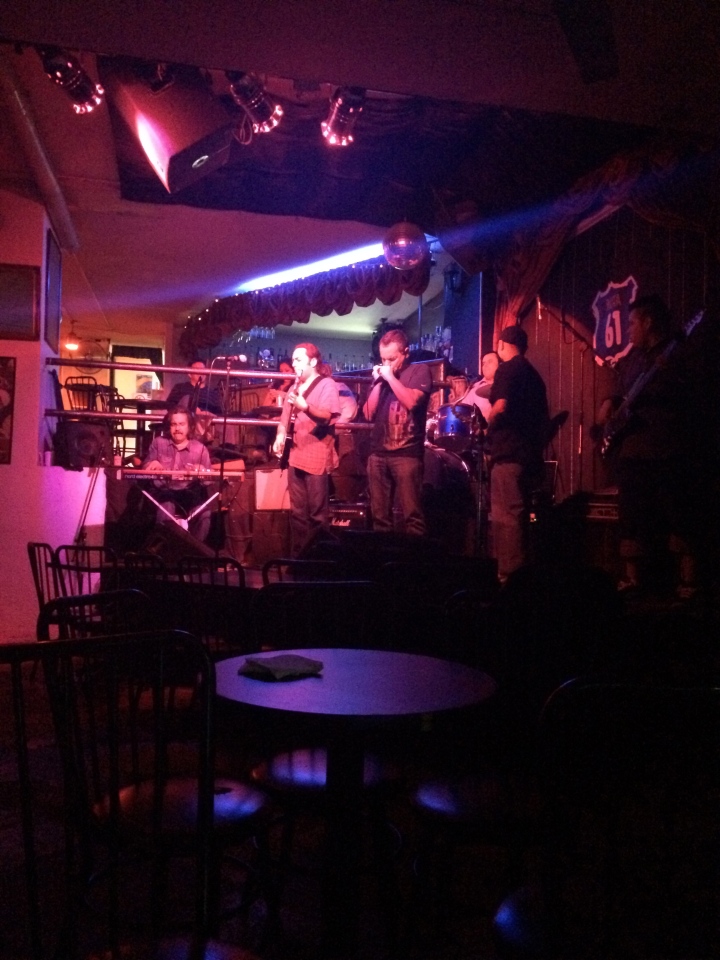 Shoutouts to anyone who read to the bottom of this post:

Molly, my wonderful little, helped me get my bed into my apartment for next year by supervising movers in the very early morning! You’re the best girl!

Leah, my sista, won a million awards at her high school ceremony. So proud of you!!